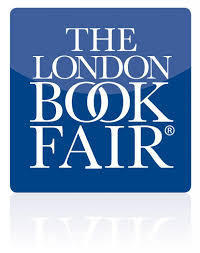 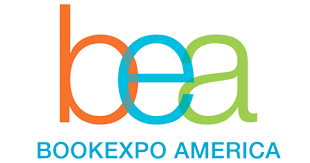 Evangeline The Seer of Wall St.
After numerous arrests at the turn of the century, astrologist Evangeline Adams takes on the legal system to prove her legitimacy as a successful businesswoman in a man’s world.

The Seventh Ritual
"You must discover the cause of your unhappiness by the end of this year…or you will not live to see the next.” Disgusted and disbelieving, 34-year old Paul Jacobson dismisses what he’s told by a Greenwich Village psychic. Only days later though, while running in the New York City Marathon, Paul’s mind leads him back…to a past he’s never known. This journey begins the race for his life.

My Watch Doesn't Tell Time
“What if time runs out?” is the question that makes 14-year old Miguel Estes sweat almost every night. Life's short. Have you done all you want?
Don't Be Afraid of Heaven
Formerly TOP TEN-ranked for ten-straight months in Korea (Teen Visionary Fiction) Who wouldn’t want to be fearless? After overcoming a fear-filled life, 13-year old Miguel Estes uncovers life’s most potent and debilitating fear while sprinting his way to freedom.
Fear Ain't All That
Formerly TOP TEN-ranked for ten-straight months in Korea (Teen Visionary Fiction) Miguel is unique. He has a lifetime measured by days not years; he happens to live with E.B., but he spends little time thinking about it. For Miguel, living with fear is far more deadly than this fatal disease could ever be.
Just Say Mikey
Amazon/France TOP-TEN-ranked (Action & Adventure) over 7-consecutive months. Now out of print, but still available via special order at all book retailers.

mission: to inspire those who've accomplished (all) yet seek more

vision: Mature adults—(now) living life according to the plan they were gifted at birth 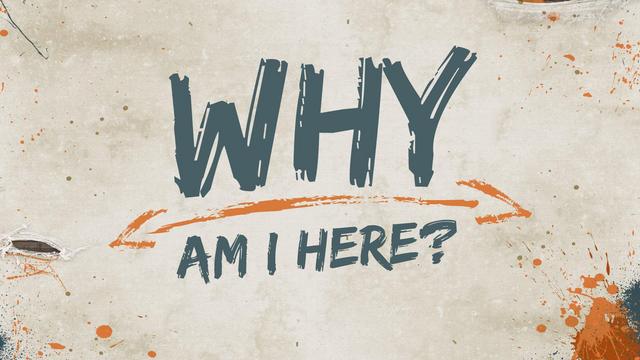 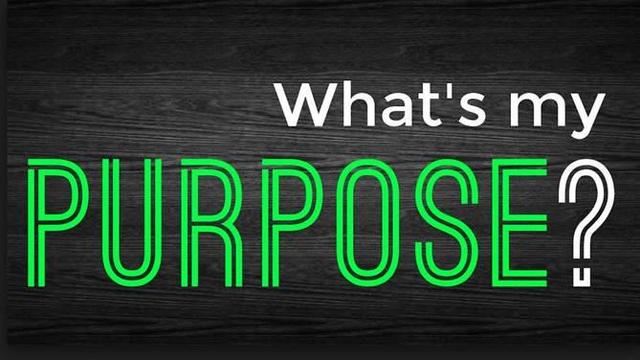 Downloadable TO DO list used in every Revive Your Purpose workshop (36.2 KB)

the more you NEED (not want) to do in life,
the longer you'll NEED to hang around get it all done.

Make your TO DO list full and keep it full!!!

created for those who wish to reclaim their
"I can do anything" attitude,
the fearlessness they were born with.

Teens today have much to say, yet their voices go unheard.

Stories About Facing Fear is:
• an ongoing student-led after-school teen storytelling program
• open to any and all teens who want (and need) to tell their stories
• held on-site at the school where the students normally attend class
• 1-hour long, meets once a week and is made up of 10-20 students

Stories About Facing Fear aims to:
• reduce feelings of social isolation and lack of connection
• promote open and honest communication without interruption
• acknowledge students while providing no criticism or judgement
• instill confidence and a sense of self-worth and importance

Bullying was an epidemic. Now it’s a crisis.

When teens internalize they lose hope, while the consequences remain catastrophic.

In the U.K. 1 child attempts suicide every ½ hour.

As a socially-driven (on-site) after-school service to students, Stories About Facing Fear gets the ball rolling so that teens can solve their own problems, by themselves, together. Collectively, these students listen and speak to one another, via personal storytelling.

Across the United Kingdom two debilitating maladies dominate school life: bullying and Social Anxiety Disorder, two mutations of the same virus, fear. Also prevalent amongst U.K. teens: self-harm, self injury and suicide. The statistics for teen depression within the U.K. are staggering. According to the charity Depression Alliance, at least 19,000 U.K. children attempt suicide annually (one every half hour) whilst more than 2 million children attend medical surgeries with some kind of psychological or emotional problem; suicide is now the number one cause of death for 18-24-year-old males.

Stories About Facing Fear was primarily created to give teens an outlet, a means for the expulsion of their own stress, anxiety, anger and fear within a familiar, safe and peer-supportive environment. Rather than internalizing these destructive forces, students are encouraged not only to share but to “get it all out.” Storytelling possesses the power to heal. At any age it’s cathartic, clearing the path for all things positive.

As well as being a venue, a method, a means for storytelling that liberates, Stories About Facing Fear aims to remind teens of the fearlessness they were born with, the ability to live life fearlessly; while at the same time instilling an objective of remaining fearless forever. Within our blueprint (for success) is one core principal: the majority of all fears are learned; only a small percentage being natural.

Thankfully, many resources are available to U.K. teens. Most come in the form on on-line assistance and seem to address the standard issues affecting teen life: sex, drugs, drinking, bullying, depression, not fitting in, not being accepted, unsupportive parents, peer pressure, etc. Stories About Facing Fear has found that teens, many times, aren’t immediately comfortable addressing such weighty issues in the midst of strangers; they prefer to start out slowly, with less (judgmental) consequences attached. S.A.F.F. welcomes this approach.

Several (U.K.) teen-issue websites are for parents only. Several after-school venues are off-site and focus on childcare, not necessarily on interaction or problem solving. Stories About Facing Fear is the only after-school organization offering storytelling as its foremost goal. This unique ingredient features prominently in S.A.F.F.’s marketing strategy while seeking the attention of partner schools.

As a non-profit social enterprise, Stories About Facing Fear, is not a franchise business. It is a service offered to schools, with the bulk of the service provided prior to, and during, the first on-site S.A.F.F. group meeting. Beyond this point, students and school staff are responsible for keeping the group independent, student-led and successful.

Stories About Facing Fear is owned and managed by Clint Adams. Clint is a published author of four teen novels that share one common theme: 'life begins again when you have no fear.' Clint possesses a master’s degree in marketing, owns and operates his own publishing imprint, Credo Italia, and successfully promoted his novels and facilitated their accompanying No Time For Fear (teen) workshops internationally. All S.A.F.F. services/training will be provided by Clint.

Overall, Stories About Facing Fear is a simply-run organization with a potent message. If communication is the key to success for basically all relationships, why should storytelling be exempt from this process? Storytelling has existed since the beginning of life, at a time when it wasn’t called entertainment. It solved everyone’s problems then; now should be no different. In the present, statistics prove that teens are starved for a way to purge…in the least violent most therapeutic way possible. S.A.F.F. = a safe haven, a place for young people to be free.

Stories About Facing Fear is a Millennium Award recipient 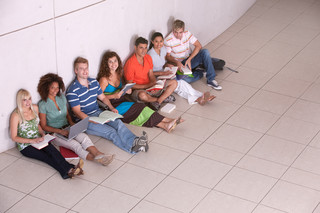 mission
to help teens and young adults:
1) understand the origins of fear
2) recognize their own fears
3) overcome fear
4) create futures without fear 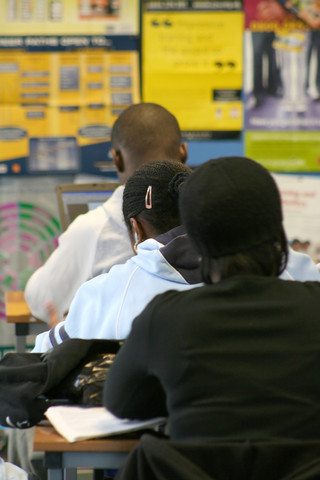 fear : key facts
• Fear isn't natural; it's ALL learned
• Doubts destroy the destinies we create for ourselves
• A person unafraid can accomplish anything
• The perfect feeling, the perfect test, is believing when no one else does 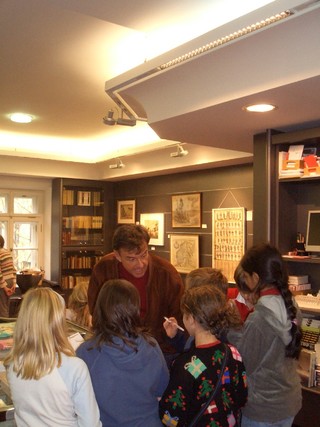 During a visit to the Hugendubel bookstore at Salvatorplatz, the students from Munich's European International School in Perlach, asked some of the most thoughtful questions ever. 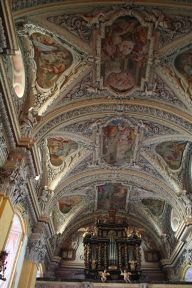 feedback from some of the students in Bad Ischl, Admont and Hallstatt, Austria:

Dear Clint Adams!
I really enjoyed reading your book because the language you chose was easy to understand. But I also liked the way you wrote about such a difficult and important topic. All in all I think it is a great book and I am sure that I will buy the following novels also.
--Anna Rainbacher

I liked your book a lot! It was very interesting to learn something about EB, because I didn’t know anything about this disease. I also like your ideas about fear, faith, believing in yourself and God. The “to do list” a good idea! (Thank you for the one you gave to us when you visited us at school!) -- Sabine

In my opinion the book is very well written and is written in an easy style. The book facilitates a short sight into the life of a child with a disease like AIDS or EB to us. For me the book is fascinating and people of any age should read it. If there is a part to criticize then it’s the ending of the book, when Miguel gets to know the other boy, called Miguel too. I would have written this part in more detail.
--Schmied Michael 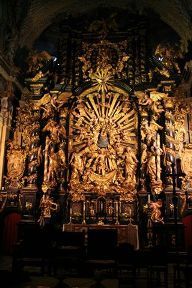 I like the book because the characters were very interesting and individuals. I have never before read a book dealing with such people and so I was excited to read about thoughts and behaviors of them, which I can’t understand. It was easy for me to follow the action and understand the situation.I really want to read another one of your books. --Linortner Carina

I liked to read your book very much because you have a good writing style. I was very interested in Miguel’s illness and I always wanted to know what would happen next. It wasn’t easy to read because the vocabulary is very strange. The best parts of the book were the times when Miguel spent his time with Aunt Shirley. I think Miguel is a very strong and a person full of hope and that is great.
--Alexandra Bachinger

I liked the book very much because it was easy to read and I liked the content very much! The most interesting part is where Miguel is in hospital. The ideas he passed were like you was in Miguel’s head! The only negative fact I want to tell you is that the ending was a little bit uninteresting (in a way). This book was a great read and I`d like to read another one of you books ! --Ilias Grivelis


Hanging out with Inger Larsson, Johan Borg and Mats Larsson, while launching Fear Ain't All That and Don't Be Afraid of Heaven at the Bok & Bibliotek held at the Svenska Mässan.