Dinner at home (2006); where Clint wrote My Watch Doesn't Tell Time and edited Fear Ain't All That.

Evangeline The Seer of Wall St.
After numerous arrests at the turn of the century, astrologist Evangeline Adams takes on the legal system to prove her legitimacy as a successful businesswoman in a man’s world.

The Seventh Ritual
"You must discover the cause of your unhappiness by the end of this year…or you will not live to see the next.” Disgusted and disbelieving, 34-year old Paul Jacobson dismisses what he’s told by a Greenwich Village psychic. Only days later though, while running in the New York City Marathon, Paul’s mind leads him back…to a past he’s never known. This journey begins the race for his life.

My Watch Doesn't Tell Time
“What if time runs out?” is the question that makes 14-year old Miguel Estes sweat almost every night. Life's short. Have you done all you want?
Don't Be Afraid of Heaven
Formerly TOP TEN-ranked for ten-straight months in Korea (Teen Visionary Fiction) Who wouldn’t want to be fearless? After overcoming a fear-filled life, 13-year old Miguel Estes uncovers life’s most potent and debilitating fear while sprinting his way to freedom.
Fear Ain't All That
Formerly TOP TEN-ranked for ten-straight months in Korea (Teen Visionary Fiction) Miguel is unique. He has a lifetime measured by days not years; he happens to live with E.B., but he spends little time thinking about it. For Miguel, living with fear is far more deadly than this fatal disease could ever be.
Just Say Mikey
Amazon/France TOP-TEN-ranked (Action & Adventure) over 7-consecutive months. Now out of print, but still available via special order at all book retailers. 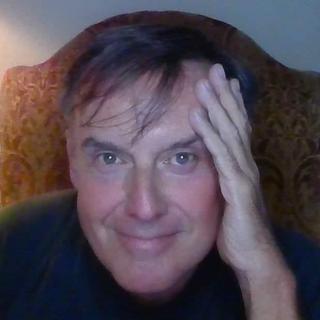 Along with enjoying a tranquil life in Zephyr Cove, Nevada, Clint Adams is now marketing the screen adaptation of his first historical novel, EVANGELINE The Seer of Wall St., a story about one of America’s first female entrepreneurs, astrologist Evangeline Adams. This is his second novel for adults; his first: The Seventh Ritual, a race for survival, a thriller, which he also adapted as a screenplay.

After having spent over a decade prior as a teen-fiction author, Clint leaves young adult publishing with a smile on his face…and lots of good memories. In 2005, he became a dual citizen of Italy and the United States. Since the publication of his first middle-grade novel, Just Say Mikey in 2002, Clint Adams, a recipient of Britain’s Millennium Trust Award, conducted dozens of his Stories About Facing Fear workshops throughout Europe in an effort to help teens everywhere maintain that “I can do anything” attitude.

In conjunction with these events, Clint actively marketed his three multicultural teen novels: Fear Ain’t All That (middle-grade) and its young adult sequels Don’t Be Afraid of Heaven and My Watch Doesn’t Tell Time. He has also authored numerous academic publications while at The Washington Post’s Kaplan Inc. and McGraw-Hill publishing, and has been a member of the Authors Guild for over twenty years. 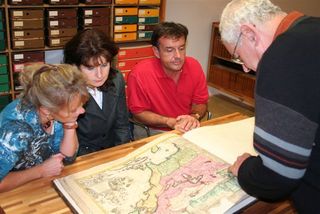 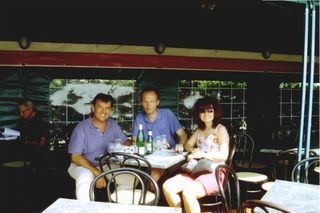 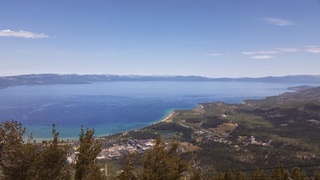 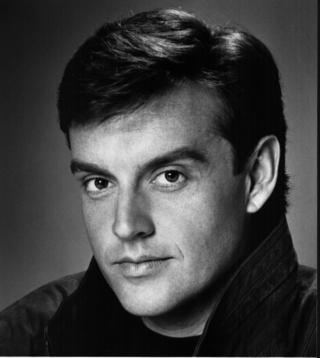 
Before writing, Clint was a professional actor in TV, film and theatre.